Your Business and the Privacy and Cyber Security Regulations
Are you wondering what you need to do to ensure that your business complies with the GDPR?

Several of our member businesses have resources and support available to you.

Read: Three Important Considerations for all Businesses in Light of GDPR

The GDPR is the most comprehensive and complex privacy regulation currently enacted. The GDPR can apply to a business or organization (including a non-profit organization) anywhere in the world and its potential financial impact is huge; fines can reach up to € 20 million Euros (over $23 million USD) or 4% of an entity’s total revenue, whichever is greater. continue to full article

Read: Has your company addressed it’s privacy and data security risks?
and What does it really take to be data security compliant? excerpted below

Most businesses know (or should know by now) that they must comply with state and federal data security laws and regulations. But business leaders often are unaware of what it really takes to do so. That is understandable. Data security seems complex, and technology consultants and vendors rarely try to demystify it for their customers.

Data security is just like any other legal or business risk management issue. The risk is managed through a process of collaboration between business leaders, information technology professionals, and qualified legal counsel. continue to full article

These articles can be found on McLane Middleton’s Privacy and Data Security blog. Subscribe by following the links above.

Finance of America Mortgage believes business is always personal – because your money is personal. The dream of what a loan can do for your life is personal. Your financial future is personal.

This mission to care allows them to uniquely serve their customers and employees, with the soul and spirit of a small company, but the foundation and stability of a national financial institution. They’ll never forget that when it comes to your future, business is always personal. 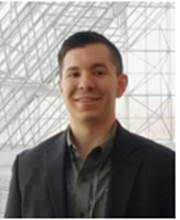 I graduated in UNH spring 2017 with a Hospitality Management degree and I am originally from North Reading, MA. I enjoy traveling and all things Boston sports. As an avid foodie outside the office you can find me in the North End sampling some of Boston’s finest pastries.  Currently I am Mortgage Loan Originator from Finance of America and I work with borrowers to identify their financial needs and develop an action plan to help them get into the home buying process. In a background of hospitality I have a focus on customer satisfaction and ensure borrowers get the best service possible. I work with an experienced team that has the knowledge to assist with all financing needs. I am a recent graduate from The University of Massachusetts Amherst with a degree in Financial Analysis and Information Technology. As a Mortgage Loan Originator at Finance of America I work with clients to identify their financial needs and then focus on solutions that help make their goals a reality. I specialize in mortgage and real estate financing but also focus on financial planning, life insurance, college planning, and student loan repayment to help with the full financial picture of clients. With the knowledge and expertise of a team of specialists, as well as my own, I work to find the right solutions for personal, family, and business needs. Outside of the office you can find me by a pond fishing for some bass.

Please help us welcome our new members, EJC has been serving as a business advisor and accountant to closely held businesses for over 30 years. He has earned a reputation with clients as well as bankers, attorneys, sureties and other professionals in the financial community for technical excellence and superior client service.

Our business philosophy can be summed up by a single word: service. Our primary goal is to help our clients achieve their vision of success. E.J. Callahan & Associates, LLC is focused on providing accounting, audit, tax and business advisory services to closely held companies, principally contractors, distributors, manufacturers and professional service companies.

The most important part of our service, however, is our ability to help you maximize profitability and ensure the long-term success of your Company through our strategic and business consulting services. EJC is unique among New England CPA firms because we possess both accounting/financial and operational expertise in the construction, manufacturing and distribution, and professional service industries.  This allows us to help you develop growth and management skills throughout your entire Company, not just the accounting department.

Tocci’s own Marvin Lahoud recently made us aware of his efforts to welcome Syrian refugees into his corner of the world in Lebanon. His organization works with refugee families, and has a focus on helping those families with special needs.

When Marvin moved here, we asked how we could help, he told us the operating budget, the financials needed, and we decided to throw the best (and possibly weirdest) fundraiser ever you’ve ever seen, a company talent show. 100% of the proceeds will benefit Marvin’s church in Lebanon where it can do the most good.

Help the cause by joining us for our party! It’ll be a fun-filled night with food, drink, games and a talent show!

*Feel free to bring your friends and family.

The Woburn Young Professionals invite you to the Ferncroft Country Club on 5/31
Our Young Professionals are joining up with YP’s from across the North Shore to mix and mingle on the rooftop deck at the Ferncroft Country Club on May 31st from 5:30 to 7:30 pm. The Ferncroft will provide delicious appetizers and a cash bar as well as rum tastings with our friends from Rumson’s Rum, wine tasting with MS Walker, and craft beer tastings with Bent Water Brewing Company and Night Shift Brewing. We will also have games, music and lots of fun!

The Ferncroft is opening their doors to us and we can’t wait to get up on the roof and have a great night with lots and lots of Young Professionals.

We know how young people (and everyone else!) like to wait until the last minute, so to encourage early registration we are offering early bird pricing…register before 5/18 and pay half price- just $10! Don’t wait, RSVP today!

We are honored to have Mr. Bill Cummings joining us for our May 24th Lunch and Learn. He will be sharing stories from his life in business and philanthropy from his new autobiography.

Bill Cummings’ recent autobiography, Starting Small and Making it Big chronicles his life from humble beginnings growing up with his sister in a one bedroom apartment to becoming a billionaire philanthropist. The following synopsis of the book comes from the website, www.cummings.com/book/#synopsis

Bill Cummings never aspired to be a billionaire—and never acknowledged he was one until long after it happened. That’s because it is not money that motivates him, but rather the immense enjoyment he gets from building and growing successful businesses. He thrives at being an opportunist and believes that this often-misunderstood trait is one of the key characteristics of successful entrepreneurs. They see opportunities where others overlook them. And they act swiftly to adopt them before someone else does.

Although perhaps not intentionally, Bill’s parents encouraged his entrepreneurial nature by instilling in him the desire to “get ahead” and to become “somebody.” His father painted houses, raising a family in a one-bedroom apartment atop a liquor store and a taxi stand on the outskirts of Boston. Bill’s mother was a neighborhood fixture, building friendships as she knocked on doors to collect coins for large charities that once operated that way.

From his parents, Bill learned the value of hard work, kindness, and fiscal responsibility. Year-round he washed windows for his neighborhood’s storekeepers, and for three summers as a young teen he sold ice cream from the back of his bike at a nearby Ford Motors assembly plant. Later he purchased and sold dozens of small boats using Boston Globe classified ads. Eventually, he built a 500-person firm near Boston with a debt-free portfolio of 11 million square feet of commercial real estate.

This fascinating self-written autobiography shares not only how he got there, but also his singular dedication to giving back to the communities and institutions so vital to his success. In Massachusetts alone, the cash donations from Cummings entities to local charities already total more than $200 million.

Through Bill’s unique voice, readers experience his achievements and adventures—including a stint at Fort Dix with Ralph Nader and, much later, meeting and working regularly with some of the world’s greatest philanthropists—as well as his setbacks and personal tragedies during the seven-decade story.

Watch an interviewed with Jim Braude from April 15, 2018 for channel 2 WGBH.

You can purchase a copy of the book at the Starting Small and Making it Big website, at the James L McKeown Boys & Girls Club or through Amazon.

It Was a Great Day for Golf at the 2nd annual Golf Tournament
We were lucky enough to have a beautiful spring day with clear skies and temps in the 60’s for our second annual golf tournament. Golfers enjoyed hitting the links at the Merrimack Valley Golf Club. Many thanks to everyone at the club for taking such great care of us again this year. (Pictured above our past presidents: from left to right: John Murphy from Members Plus Credit Union, Andrew Hackett from Team Logic IT, Thomas Stirling from Stirling Technologies and our current President, Jack Ferren from Reading Cooperative Bank).

Our tournament champs were the team from ACP Facility Services, Michael White, Derek Bruno and Miguel Suarez coming in at 14 under par for the day. Our closest to the pin winner, Greg Morris from NuPath and longest drive winner, Paul Moriarty from Moriarty Financial. The Eagle Has Landed

Our golfers had a great time with the “Eagle Maker”, thanks to Joann Warrino and Judy Miskell for spending the day loading the launcher and dodging wild tee shots! Joe Warrino and his team at Now Business Intelligence built the Eagle Maker for a fun side project and we had a lot of fun breaking it in. We had a great time visiting our golfers and taking photos. It was definitely a great way to spend a sunny Monday in May!